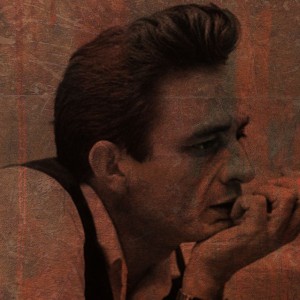 Jesus Christ, Johnny Cash, & Why My Daughter’s Eternity Is Secure

Jesus Christ, Johnny Cash, & Why My Daughter’s Eternity Is Secure

Johnny Cash was in my life long before I ever thought about Jesus Christ being in my life. I probably listened to I Walk The Line and Folsom Prison Blues a thousand times before it ever crossed my mind to listen to a sermon from anyone. I was plucking out Cash tunes for years before my Martin guitar ever echoed the sound of a praise chorus. The Lord saved me at 23; He gave me a daughter at 28.

When Grace was born I used to say to people, “If Grace grows up to know Jesus Christ and Johnny Cash I will have succeeded as a father.” Well, by the time she was four she would sit in her car seat behind me and sing Ballad of a Teenage Queen, Guess Things Happen That Way, and even Sunday Mornin’ Coming Down. When she was nine she told me she wanted to follow Jesus and I baptized her in a bathtub in a hotel room in Denver, Colorado. Thank you Jesus, I’m the dad of the century…NOT.

There’s a reason why I like Johnny Cash, it’s not just because I grew up on his music. I actually like him more now, that I’m a Christian, than before. There’s a reason why I still want Grace to know who Johnny Cash is, not just his music, but his life as well. You don’t have to look to deep into Johnny’s life to see that sin was “crouching at [his] door” (Gen. 4:7) regularly and he opened that door and invited sin in continually. Adultery, drugs, alcohol, and that was all before the 60’s. So why would I want my daughter to know Johnny Cash? Why would I seem to put him second to only Jesus Christ? Because Johnny Cash lived a life of recklessness, rebellion…and also redemption. Johnny is a walking contradiction, flesh and spirit, sinner and saint; which he continually admitted through his life. He once told Rolling Stone magazine, “There is a spiritual side to me that goes real deep, but I confess right up front that I’m the biggest sinner of them all.”

The reasons why I would want my daughter to know Jesus Christ, I hope, would be obvious, but the reasons I want her to know Johnny Cash are that I want her to see a real life example of a man that messed up constantly, but loved Jesus and was loved by Jesus. Granted, she has grown up with me, so I’m probably all the example she needs, but I look at Johnny Cash regularly and think, “My God he was a screw up, but he loved Jesus and knew that he needed Jesus desperately.” I continually fall short. I continually do things that even make me think…you’re never gonna make it…you can’t be a Christian. But then I remember, Jesus saves prideful, hard hearted, jerks all the time…He even saved Johnny Cash.

Then I can look over at my daughter and say, “Well, we keep screwing up. Heck, sometimes we don’t even look like Christians, but let’s get up, brush ourselves off, put our eyes on Jesus, and keep on moving, because Jesus saves screw ups…just like Johnny Cash.”

And then I’ll open my Spotify app, scroll down to With His Hot and Blue Guitar and Grace and I will sing along:

Yes, I know when Jesus saved me (saved my soul)
The very moment He forgave me (made me whole)
He took away my heavy burdens
Lord, He gave me peace within (peace within)