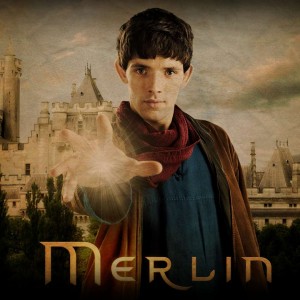 TV, The BBC, & A Sorcerer That Brought Me Closer To Jesus

TV, The BBC, & A Sorcerer That Brought Me Closer To Jesus

I watch more TV than I should, I know this, but mindless entertainment is one thing that Grace and I share. We love falling into series together on Netflix or Amazon Instant Watch. We haven’t watched many in her 15 years of life, but a few we have enjoyed are H2O: Just Add Water, The Elephant Princess, and most recently Merlin a BBC series about the time of King Arthur and the sorcerer Merlin.

In the show magic has been banned in Camelot, but Merlin, the sorcerer, is a personal servant to Arthur. Merlin feels such a deep obligation to the prince and future king that he continues to serve him while keeping his magic secret. Although it is difficult denying his true nature his devotion to Arthur and the kingdom that he is building drives him to selflessly help further that kingdom.

When Arthur finally discovers that Merlin has magic he is torn between the law of the kingdom and his love for his faithful servant. Yet, as he sees Merlin in action he realizes just how devoted he is to the kingdom and at one point says, “All these years, Merlin. You never once sought any credit.” To which Merlin replies, “It’s not why I do it.” We finished the series a couple weeks ago and the night it ended I went to bed thinking about the final episode. I just couldn’t shake it from my mind for some reason. Something about the conversations and interactions between Arthur and Merlin just kept rattling around in my head and I couldn’t put my finger on it. I went to sleep…unsettled…and woke up at 4 o’clock in the morning with a realization…I am a horrible Merlin.

Through 5 seasons and 65 episodes Merlin remained a faithful servant to the prince and future king, Arthur Pendragon and not just to Arthur, but to Camelot, his kingdom. His only concern was king and kingdom…he loved Arthur…with all of his heart, mind, soul, and strength. So it made me ask the questions, Do I love Jesus this way? Do I care for His Kingdom this way? I had to admit that too many times the answer is no. So it brought me to do what I could, I repented of my desire for “credit” and recognition. I repented of my self-serving mindset that so many times has my own interest in mind over and above the interest of His Kingdom. I repented and asked His forgiveness and His help to love Him more and serve Him better. But the lessons from Merlin didn’t stop there.

Towards the end of the last episode Merlin shares with Arthur, “Some men are born to plow fields, some live to be great physicians, others to be great kings. Me? I was born to serve you, Arthur, and I’m proud of that, and I wouldn’t change a thing.” And in Arthur’s final words to Merlin he says, “Everything you’ve done…for me, for Camelot, for the kingdom you helped me build…thank you.”

When I awoke that night, those lines also flooded into my mind and made me ponder the hope that I have in Christ, despite my failures. The hope that one-day I would stand before our King, in His Kingdom and I would hear Him say a similar, yet more glorious phrase, “Well done good and faithful servant.” And that thought allowed me to praise Him for being faithful…even when I am not…and then I fell back to sleep and rested well.

May we realize that we were born to serve Jesus, the Prince and King.
May we serve Him selflessly to further His Kingdom.
May we long for the day that we hear Him say, “Well done.”
May we learn to follow.